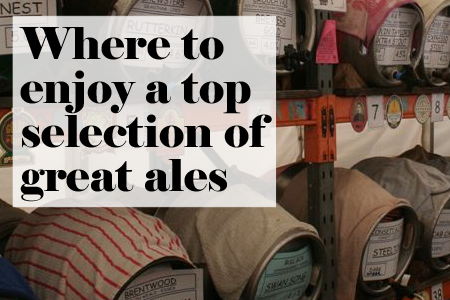 The number of pubs serving craft beers probably runs into the millions worldwide and there are many thousands in the United Kingdom alone.

Every city in Britain, and many towns and villages too, will have a number of taverns where you’ll find a range of ales to suit most tastes.

But perhaps the best way to develop a liking for craft beers is by visiting one of the many beer festivals that take place throughout the year.

But where to start?

There are a number of excellent directories on the web to tell you where the next beer festival is taking place near you.

It’s tough to choose between them, they all have extensive listings on what festivals are taking place throughout the year, but there are subtle differences in the way the information you’re looking for is displayed.

So here’s our guide to the best online beer festival guides… we started with the UK, and eventually we’ll get further round the world!

A very comprehensive site that allows you to search through more than 12,500 beers brewed by over 1,400 British brewers.

But possibly the best feature is it’s guide to the beer festivals taking place around the country throughout the year.

So good in fact that we’ve dropped it in on this page… for lots more information about events near you visit the website at www.aletalk.co.uk

CAMRA, the Campaign for Real Ale, is the champion of craft beers in the UK, campaigning for real ale, community pubs and consumer rights.

An independent, voluntary organisation, it was formed in March 1971 by four men from the north-west who were disillusioned by the domination of the UK beer market by a handful of companies they believed sold products of low flavour onto the consumer.

CAMRA supports well-run pubs as the centres of community life – whether in rural or urban areas – and believes their continued existence plays a critical social role in UK culture.

CAMRA also supports the pub as the one place in which to consume real ale (also known as cask-conditioned beer, or cask ale) and to try one of over 5,500 different styles now produced across the UK.

Not surprisingly then, the organisation is very active in supporting beer festivals and offers an excellent directory of events taking place throughout the year.