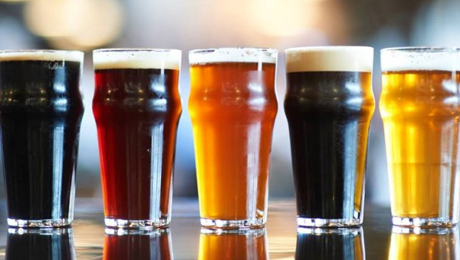 With thousands of independent breweries struggling to cope with the restrictions on trade as a result of the Covid19 measures introduced in the UK, a group of 14 MPs have written to the Chancellor to ask for more support for small brewers whose businesses have been financially hit by the crisis.

The letter backs a campaign by the Society of Independent Brewers (SIBA), which says the crisis has seen sales for the UK’s craft brewers drop 82% and around two-thirds of British breweries mothball their operations.

According to a recent SIBA survey of 282 UK breweries, eight out of 10 brewers did not believe the government was doing enough, with more than half (54%) unable to access any support. Almost a third (29%) are now considering redundancies.

Although beer production is considered to be an “essential business” the main route to market for many independent breweries was cut off when pubs, bars and restaurants were closed, SIBA said. As a result 65% of breweries had stopped production altogether.

SIBA chief executive, James Calder, said: “Unlike the global beer brands that can supply supermarkets in great volume, small independent breweries sell the majority of their beer through pubs, bars and restaurants, meaning the lock-down measures have hit them much harder.

“While many have launched local delivery services or online shops to try to stay afloat, the increase in online sales is a drop in the ocean compared with the overall decrease their beer sales have seen. Pubs, bars and restaurants have been receiving help from the government, but none of the same schemes apply to our small breweries that saw their sales fall off a cliff almost overnight. They urgently need a package of measures to keep them going otherwise many won’t be able to reopen.”

The MPs letter calls on the Chancellor to halve beer duty bills for all British-owned independent brewers based on the rate they paid in 2019 and calls for grants and payment holidays offered to the retail, hospitality and leisure sectors to be extended to the brewing sector to protect jobs.

Campaigners are also asking for brewers to be given extra time to pay any duty they already owe, with SIBA wanting to see prompter payments to keep small brewers afloat, with a national, standard, secured 30-day payment term.

Calder said: “There are around 2,000 small independent brewers in the UK, and nearly every MP has at least one brewer in their patch creating great beer and employing local people.

“If the Chancellor were to enact what we are calling for, we have a fighting chance of survival. Without these reforms, thousands of skilled jobs in breweries and in the supply chain will be lost.”

Ben Everitt, the Conservative MP for Milton Keynes North, said: “Small independent brewers are at the centre of our local communities, supporting jobs and the economy and many MPs recognise the important role they play. With Covid19, the industry has been devastated by the sudden closure of pubs but brewers have not received the same level of financial support from the government.

“Without immediate assistance now, and longer term-measures, there is a danger that many brewers won’t be able to reopen or survive into the future. Opening pubs is the focus of ministers right now, but ensuring we have quality, local beers to drink in them when they open should also demand our attention.”

The Chancellor is also being asked to positively reform Small Breweries’ Relief, which has been under review by the Treasury since 2018.